Do they finish last because they’re nice? Or is there some other reason?

When I was a young idiot, about 18 years old, behaving and thinking much like the kinds of kids that get on my fuckin’ nerves in 2018, I fancied myself a “nice guy.” I couldn’t figure out how to get a girlfriend. I’d had one in High School, but that fizzled out on her end after awhile. 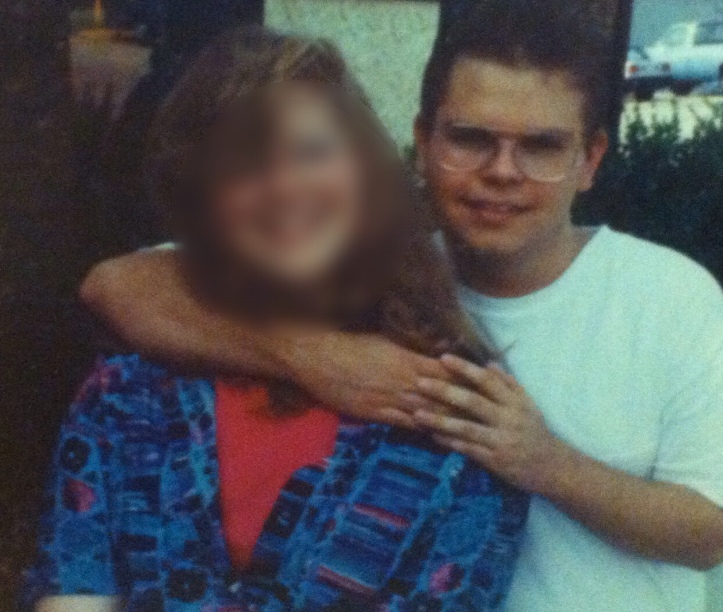 Even after that ended, I pined over her for at least two years, and, bless her heart, she tolerated my lengthy phone whining sessions without ever telling me, “Hey, take the hint. Fuck off.”

There was a girl named Kim at another church in town. I’d go there some Sundays just to try to meet new girls(good girls, of course, because I was such a good little republican virgin waiting for marriage and what better place to find a woman than church?), and she would do this thing during the standing prayer where she’d bend over the pew in front of her with her ass poking out. Oh, the ideas I had for that ass…

Anyway, after chatting her up in my awkward “Oh please like me” kind of way that I thought worked at the time, I eventually worked up the courage to ask if she wanted to grab a bite to eat and see a movie sometime. She agreed.

The whole thing was awkward, and she seemed really annoyed with me the whole time. There was a little flirting in the beginning but I could tell she was becoming increasingly agitated during the course of our “date.”

So naturally in the days following the date(we saw “9 months,” by the way; some shit hugh grant comedy), I pestered her for answers over the phone. “Are you mad at me? Did I do something to upset you? I’m so stupid. I hate myself.” Blah, blah, blah.

And then she finally answered. It wasn’t what I wanted to hear, and I was pretty upset at the time, but in later years I came to understand what she was trying to tell me and it was a game changer.

She told me I lacked confidence. Lacked self-esteem. And that no girl wanted to be with a guy like that. And that I was acting too eager and desperate.

I was furious! Fucking bitch! I’m a nice guy! That’s why girls don’t like me!

She was right, of course. I know that now. Looking back on my behavior and thought processes at the time, I can’t believe I was like that.

Entirely her fault. She’s just a bitch. Oh well. Why can’t I get a girlfriend? Woe is me!

So I’m walking around with a big long dick in my pants, and at the rate I was going I was never going to be able to use it on anyone. They were right to reject me. I didn’t “get” it.

Women don’t like desperation. They want confidence with just a smattering of cocky. They want someone who knows who he is and what he wants. What they don’t want is some brooding, creepy nerd plotting and scheming to trick girls into wanting to be with him. That’s not “nice” by anyone’s definition.

Kim told another girl I was interested in, Jenna, about my problem. Jenna had had an operation and I’d sent her flowers to the hospital. There’s that “nice guy” again. Or so I thought. Was my motivation for doing that to be nice? Or was it a selfish attempt to curry favor from a girl I wanted to be with? Nothing ever came of it, of course. She was uninterested but too sweet and polite to tell it to me straight, so it took me quite awhile to get the hint.

I was furious that Kim had told her about our conversation. How dare she? Why was she ruining my life? Of course, I still talked to and pursued Kim in the hopes of her one day being my girlfriend.

Looks like at some point, however, I moved on to some girl named Cayla. I have almost no recollection of these events so I’m going to have to take my own word for it. 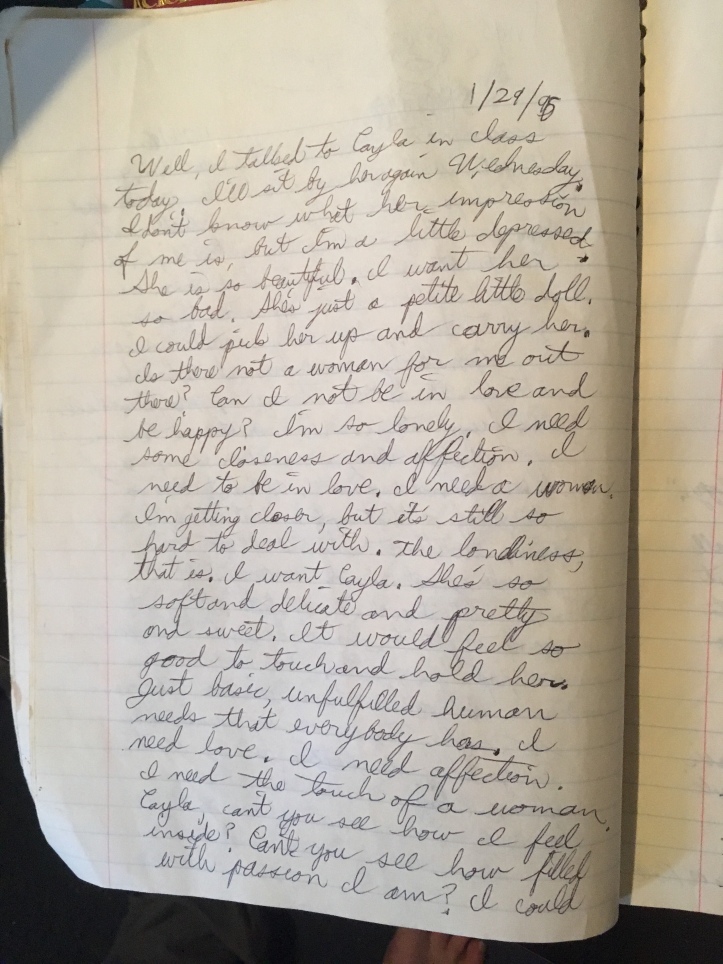 Look how desperate and creepy my mindset was! That just blows my mind. I had obviously learned absolutely nothing from all the overtly misogynistic gangsta rap I was listening to at the time.

It’s funny to me, looking back on these writings over 20 years later. I’m perpetually broke, I’m fucked in the head, with all my OCD and anxiety shit, and I’m kind of a mess, overall. Yet women are drawn to me like moths to a flame. Drives my wife nuts.

Like Steve tells Dustin in stranger things 2, “The key to girls is acting like you don’t care. It drives them nuts.” I literally laughed out loud at that scene because it’s so very true. It’s that lack of desperation.

Women are fending off dick from the moment they set foot on earth. Someone is always trying to fuck them. I can imagine it’s pretty tiring, knowing someone is ogling your ass and boobs everywhere you go, thinking unspeakable things about you.

When you’re the one guy without a clearcut sexual agenda, that fascinates them; they want to know why.

And I guess not caring isn’t really the most accurate way to describe this phenomenon, because you do care, you’re just not relentlessly hammering away at her trying to get in her pants.

Anyway, moral of the story, for any young guys within the sound of my voice who just can’t seem to get a girl because they’re “nice guys,” please shut the fuck up and quit feeling sorry for yourselves. Quit looking at every woman you talk to as a potential wife, pouring on the sap with that sad puppy dog act. You want a girlfriend? Have one! Go find one. It’s EASY. Just don’t approach it with the mentality of “getting” something. Look for mutually fulfilling arrangements based on respect, chemistry, good conversation and mutual attraction. And if a woman blows you off or cringes when you walk into a room, drop it. Quit harassing her. You’re embarrassing yourself, making her feel awkward, and acting like a bitch. Take the hint!

I want to go back in time and slap myself now, after reading all that shit.🙄

Why share all of this now? Why not? I feel like doing so, and that is reason enough. Perhaps I’ll plant a seed in the mind of some other young dipshit who thinks women owe him something.