Every once in awhile I’ll check out one of the thousands of outrageously stupid right-wing links that are shared and believed without question by friends or family daily on social media. It should be funny, but it isn’t. It’s batshit insane, is what it is. And sad, and frustrating. People are so entrenched in this brainwashed mindset that they’ll believe anything that confirms their own paranoid fears.

Within five minutes of perusing the comments sections of these sites and the profiles of those commenting, I’m on the verge of an anxiety attack. I mean, where do you even start? Why are people like this?

The “other side” is no better. They’re making “news” out of what Trump ate for breakfast last Tuesday, turning the brand of toothpaste he uses into a scandal.

It’s all so fucking stupid–the memes, the attention-grabbing, sensationalist headlines making claims that can easily be proven false by a simple google search…

Get a fucking GRIP, America! I don’t know how people can live this shit 24/7 when after five minutes my head is ready to explode. 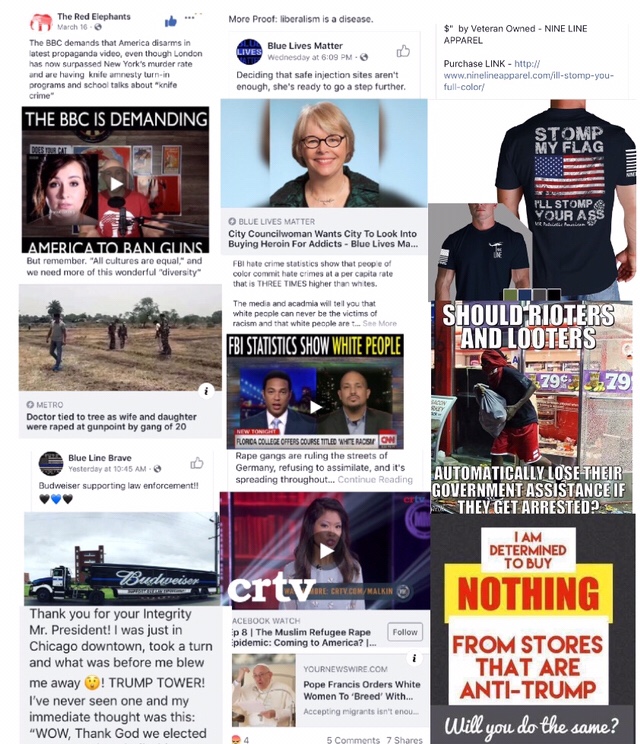 Are you constantly thinking about how everyone has a sinister agenda that will result in your ultimate destruction?

No wonder you love Trump so much. He’s filling a niche. Years of non-stop mind poisoning by talk radio hosts and later Fox News has created your hysterical paranoia and set the perfect stage for some manipulative snake oil salesman to come along and sell you the cure you’re so desperate for.

Of course, one points out the lunacy of all of this and is immediately labeled a “libturd” or whatever they’re saying these days.

Guess what? I’m not a liberal, and I’m not a conservative. I’m a person who wants truth, not facts manufactured to make me feel like a victim or justify my paranoia.

I watched a documentary called “The Brainwashing Of My Dad.” It neatly summed up a lot of things I was already thinking, about people becoming susceptible to and consumed by propaganda over time. 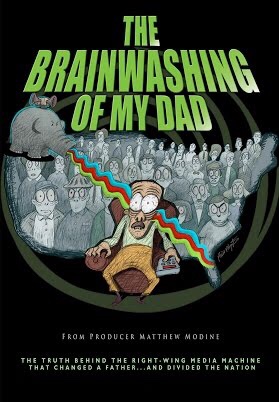 The film is propaganda in itself, though, and the people who run its Facebook page constantly share the left-wing equivalent of all those stupid “A-ha! Got ’em!” Info-memes which are then spread across social media by pretentious liberals who think they’re being really clever.

They posted an unflattering article about trump that was utterly false. I pointed it out, and suggested they not fall prey to the same kind of brainwashing they purported to be against.

Of course I was immediately bashed by a bunch of people who assumed I was some kind of champion of trump. I responded once or twice, asked them why they didn’t focus on the plethora of real issues surrounding trump. There’s enough real shit to address that making up their own “fake news” is totally unnecessary. Deaf ears. People are going to believe what they want to believe, what sounds good to them, no matter where they land on the political spectrum.

It’s all so fucking stupid and stressful and it’s exactly why I don’t follow the news or really give a shit about what’s going on most of the time. People are so far gone that there’s absolutely no room for constructive, meaningful dialogue. It’s just a mosh pit of idiocy, a bunch of echo chambers clanging into each other.

I know I’m not the only one who recognizes this phenomenon. For others like me, who are sick of the enslavement of minds, what can we do?

ABSOLUTELY NOTHING. We are fucked. We’ll just have to ride it out until we destroy ourselves, I guess. 😅