King Kong is one of those iconic, perpetually referenced, copied and parodied movies that, even if you haven’t seen it, you think you have.

Until the other day, I’d never actually sat down to watch it, or any of the subsequent remakes bearing its name so I decided to rectify that.

Before I pressed play, I made sure to place myself, as best I could, into the mindset of a young moviegoer from 1933.

You’ve never seen anything like this. There are still mysterious, unexplored islands full of strange creatures and savage, hostile natives, and you are about to embark on a perilous journey across the sea to visit one of them.

The cinematography and atmosphere drew me in from the beginning, and I was able to maintain this sense of enthrallment right up until the first appearance of the Kong creature itself. The primitive nature of the stop-motion animation of it as well as the dinosaurs is a little jarring at first, but I can certainly appreciate the artistry of it.

There are close-up still shots of the creatures that look great, even by today’s standards, and had the filmmakers practiced a little more visual restraint, without constantly pulling back to show them in all their glory, suspension of disbelief might have been more easily accomplished for future audiences.

Still, I reminded myself, I was in 1933, and film properties such as Jurassic Park and Indiana Jones were over half a century away. I had nothing to compare this to. I let my imagination take over and believe that what I was seeing was real.

The film is so well-beloved by film historians and filmmakers alike that it tends to get a “product of its time” pass on its overt(by today’s standards)racism.

You wouldn’t see the kinds of spear-wielding, cannibalistic, dark-skinned natives of Raiders of the Lost Ark in a modern film, much less the likes of these people. 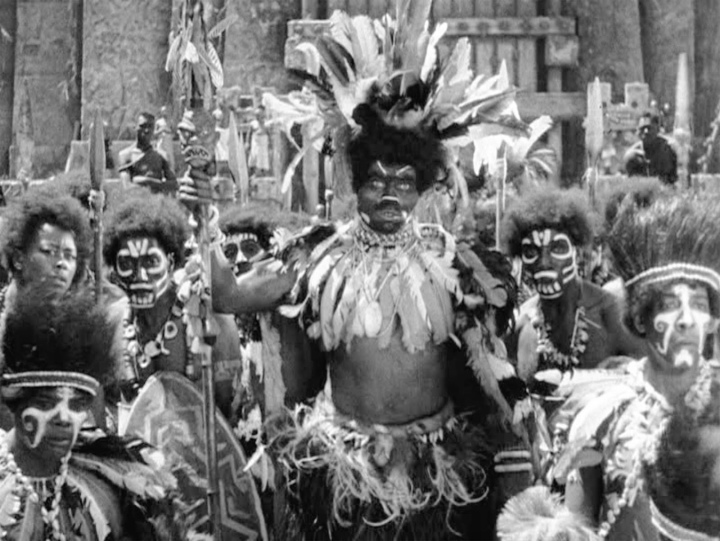 Of course, such tribes do still exist and flourish in some parts of the world, doing their own thing and living life on their terms. And encountering some of them, such as the Sentinelese, is a scary(and deadly) proposition indeed. I mean, they will actually kill you on sight, and all of your attempts to dazzle them with your fancy western gadgets and ideals will get you nothing but an arrow through your heart. They shot arrows at a helicopter that flew over their island just to check on them after a tsunami, for crying out loud. They don’t want us there.

We know now, of course, that such people are different than us by choice, and that they simply want to be left alone, and for the most part, we oblige.

I couldn’t help but notice that this particular fictional tribe is accorded a level of sophistication not seen in other similar depictions from the same era. They’re intelligent, their costumes are highly extravagant, suggesting either a rich cultural heritage, or a massive filmmaking budget, and they know how to build and repair things. So that’s certainly something. Sure, they wanted to “buy” Fay Wray and got really salty when their offer was refused, but really, who can blame them?

Still, as 1930s moviegoer, those distant drums strike terror in my heart as I vicariously brave my way through the untamed, hostile jungle environment of Skull Island. I put my 2019 sensibilities on the back burner and forge ahead. 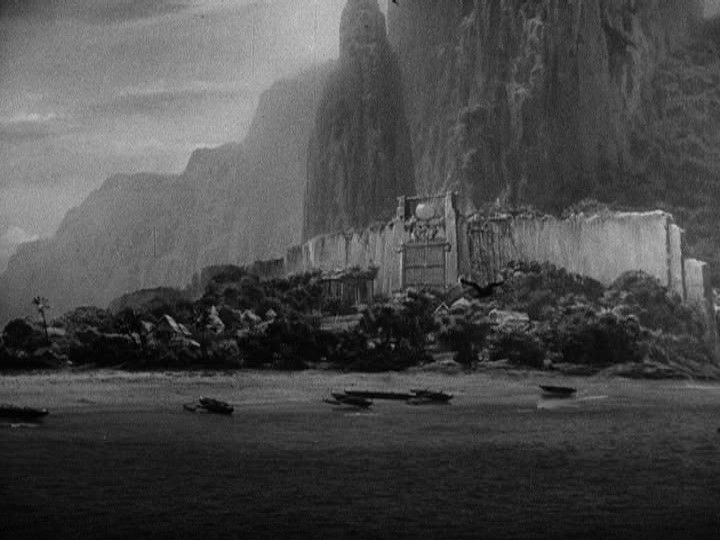 Kong shows up, abducts Fay Wray, totally pervs out on her, even rubbing his finger on her hair and sniffing it. Yes, you read that correctly. Again, though, who can blame him?

He then beats up a dinosaur to impress her, breaks its jaw, and then beats his chest on triumph over its corpse. 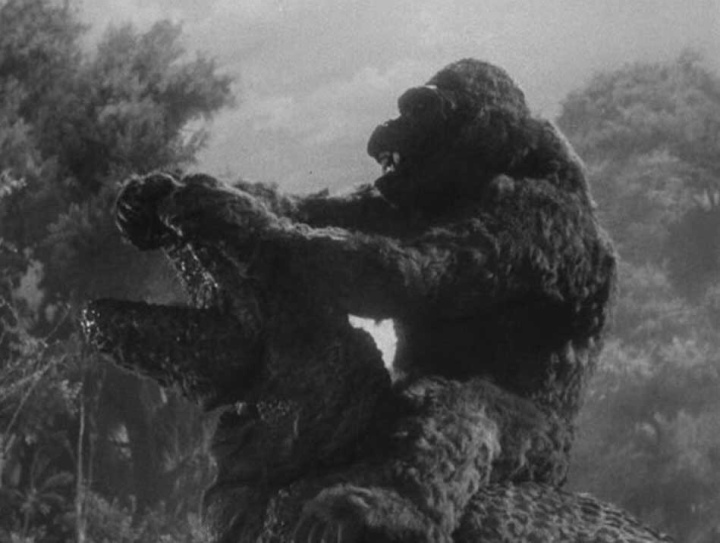 They decide that if they can capture this T-Rex-slaying monster and bring it back to America, they’ll be able to charge people to look at it. 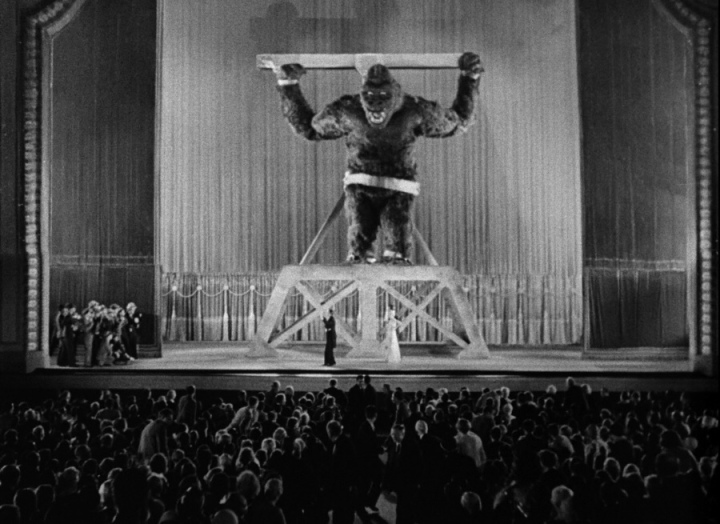 When they accomplish this, the result is quite sad, with the confused and frightened animal chained up before a crowd of gawkers.

Of course, he promptly breaks free and wreaks havoc, because he kills dinosaurs, and no chains can hold him.

It seems to me that those responsible for all of the death and destruction that followed, the filmmakers who captured him, should be held accountable for the consequences of their actions, but in a time-honored tradition that continues unabated to this day whenever man fucks with nature and gets hurt, they play victim alongside everyone else.

Kong reaquires Fay Wray, snatching her right out of a fancy NY apartment makeout sesh with a sailor who fell in love with her after only exchanging a few lines of dialogue early in the film.

He’s eventually slain and all is well, and the humans pat themselves on the back for their bravery. The end. 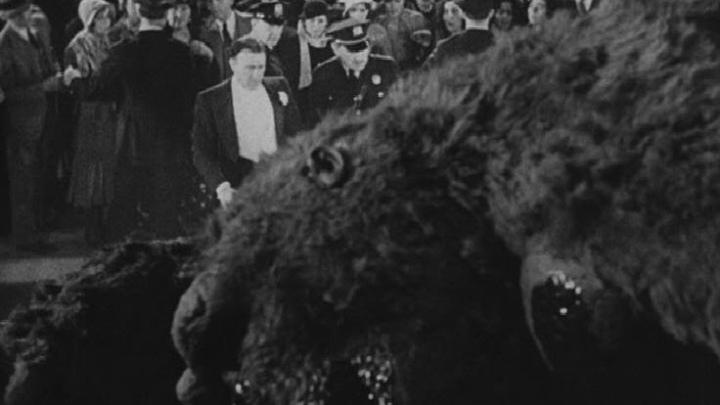 All in all, it’s a very immersive, wholly enthralling film, if you’re able to lose yourself in the moment and view it in the proper perspective. I wouldn’t blame anyone for laughing at the stop-motion effects, but I’d advise prospective viewers to examine the artistry of them, the attention to detail and the actions those details vividly express, rather than dismissing them out of hand as “fake-looking.”

The overall message of the movie could go either way, depending on how one perceives it. You could look at it like “Americans are the real savages, going places where they aren’t wanted and taking what doesn’t belong to them, for profit.” Or, conversely, you could look at it like “I’m glad they were able to kill that awful beast who was terrorizing New York!”

My message is that it’s healthy to be able to watch and appreciate things like this while viewing the entire thing in perspective. It’s a masterful piece of art from the past, and should be treated as such.

To a kid in 1933, though, it’s just a big-budget adventure movie about a bunch of people going to a scary island. And that’s all it intentionally aspires to be. Watch it here.

Edit: currently watching this documentary about the making of the film, and its creators were apparently real-life explorer/adventurers, and one was a WWI fighter pilot. What fascinating behind-the-scenes insight! Thank you, internet.

2 thoughts on “I watched “King Kong” for the first time”