30 years ago, at the age of 13, I sat down in a theater so packed with people waiting to see the new Batman movie that I had to sit apart from my parents on the other side of the auditorium. Precious few empty seats remained, and expecting to find three right next to each other turned out to be wishful thinking.

I’d grown up on Batman comics, which by the ’70s had somewhat reverted back to the darker tone of the character’s origins, long before Frank Miller’s The Dark Knight Returns was given the lion’s share of the credit for taking the franchise in that direction.

I was also a fan of Superfriends and the Adam West TV series.

The ’60s series catches a lot of flack for being cheesy and over-the-top, but the thing is, it knows it’s campy. That’s what it aspires to be. They didn’t set out to make some dead-serious gritty drama that would appear dated and corny to an increasingly savvy television audience mere decades later. On the contrary, the show set out to so just the opposite, realizing that the only way to make a comic book about a man in a blue suit thwarting themed crime sprees by villains in outfits even more outlandish than his work was to go as balls-out ridiculous and colorful as they possibly could while still maintaining a facade of earnestness. It essentially the Deadpool of its day, for lack of a better comparison. The comedy is not unintentional.

Superfriends was cheesy because it was a kid’s cartoon, and kid’s cartoons were simply like that back then. And though it wasn’t necessary to dumb the characters down in order for my young mind to process the show, I accepted it for what it was, a chance to see superheroes on TV. I understood that episodes of the cartoon were going to be a diluted form of the comic, much like I thoroughly enjoyed the Spider-Man Atari 2600 game and didn’t care that the green Goblin was basically a purple block on top of some green blocks arranged into a stick figure shape. 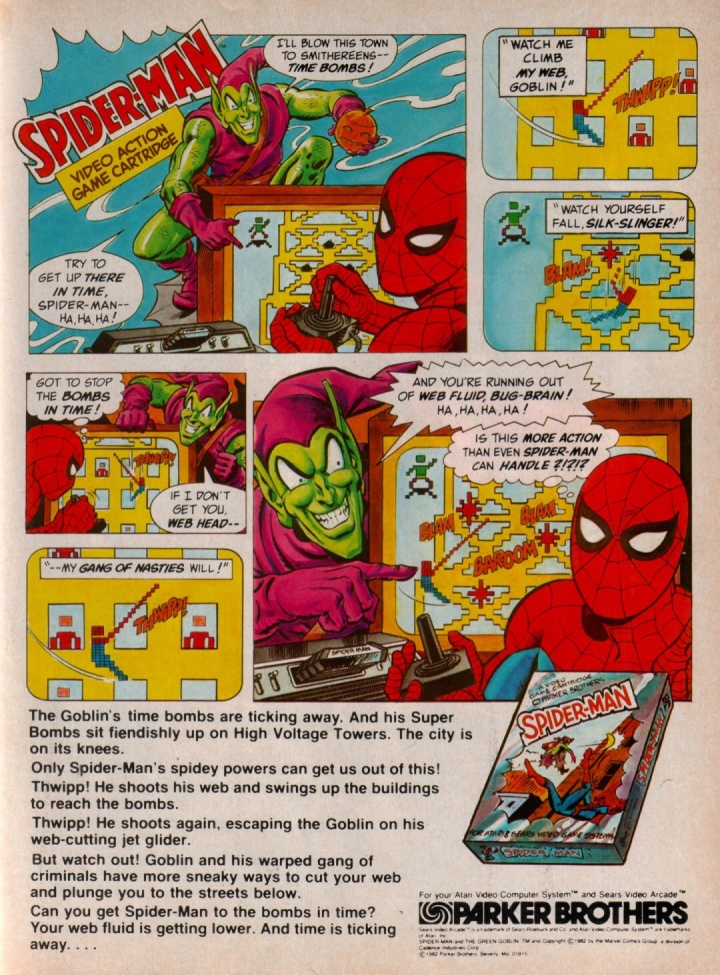 Who cared? I was controlling Spider-Man! My imagination filled in the blanks.

I was able to appreciate Batman on multiple levels, in multiple iterations, and I went into Tim Burton’s Batman with a young, fresh open mind, simply excited about the prospect of seeing one of my favorite comic book characters come to life on the big screen.

To comprehend the significance of this, one must understand that in 1989, there were no comic book movies. There were lots of aborted attempts at low-budget b-movie adaptations that you only saw pics of in Starlog Magazine. To see Batman on a movie screen was revolutionary. The last major comic book film franchise had been Superman, which started out strong before losing steam with Superman III and ultimately completely fizzling out with the piss-poor Superman IV: The Quest for Peace.

From the moment I heard the opening notes of Danny Elfman’s wonderful score(more on that, later), I knew I was going to love what I was about to see. I’d already spent months getting little tingles every time I saw a Batman logo. And they were everywhere. I have yet to see a film, to this day, be so aggressively marketed, with said marketing campaign being fully embraced and perpetuated by an enthusiastic public. 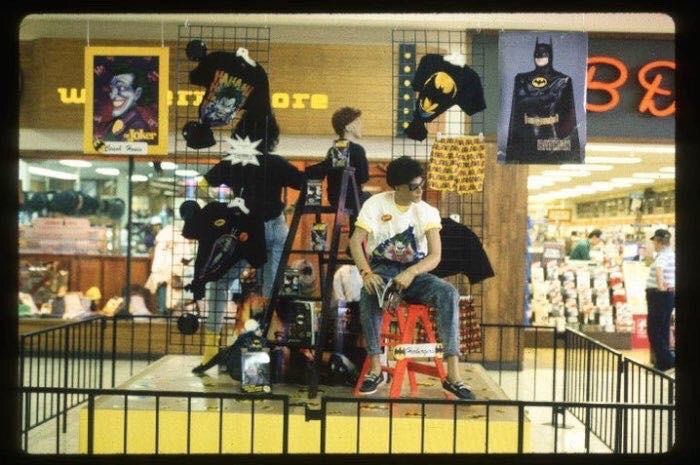 It was absolutely impossible to go out in public in the Summer of 1989 without encountering at least ten people in Batman shirts. Impossible. If you hated Batman, well, you were S.O.L. because he was going to be in your face 24/7 until at least March of 1990. Batman was everywhere. On buildings, billboards, busses, toy store shelves, birthday cards, band-aids, cereal, the news, magazine covers, etc etc etc.

I already was fully swept up in Bat-Mania by the time I sat down in that theater, and the movie not only failed to disappoint, it absolutely floored me. It hit me in just the right place and at just the right time.

I can understand some older, more jaded fan of the time disliking it, but for me, as a 13 year-old kid, no movie since Star Wars had given me that feeling. You know the one–that feeling you get as a kid where you truly believe in a movie. You live it. You drift off to sleep fantasizing about being a part of that world, being a hero.

I loved the 1940s aesthetic of the film, I loved the soundtrack and listened to it endlessly, making sure I had fresh batteries for my Walkman when we went on a trip to Chicago so that I could imagine I was in Gotham City. I voraciously devoured everything Batman. I didn’t care what it was. If it had Batman on it, I was about it.

The VHS release came just in time for Christmas, and my parents got it for me. I watched at least part of it every day after school for several months. I’d speak along to every bit of dialogue when watching it with friends, which have in retrospect was probably really annoying. I still have it.

I didn’t particularly like Batman Returns, and the less said about the two following it the better, but I did enjoy the Nolan movies. Batman(1989) is my Batman, though. And I’ll never forget that for two hours it completely removed me from reality and immersed me in its darkly fantastic world of fog and fedoras, of gadgets and goons, of cathedrals and clowns. 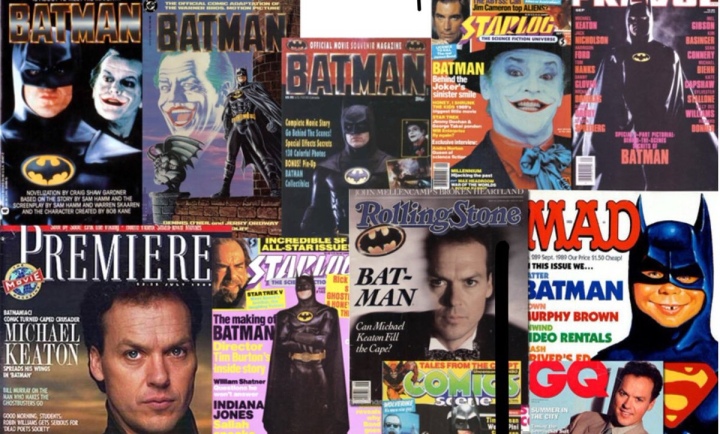