So, yesterday I posted part 2 of a story called “The Tonic of Nature.” The pic I threw together to accompany it had kind of a cheap retro Land of the Lost vibe to it, which I was feeling and went with. 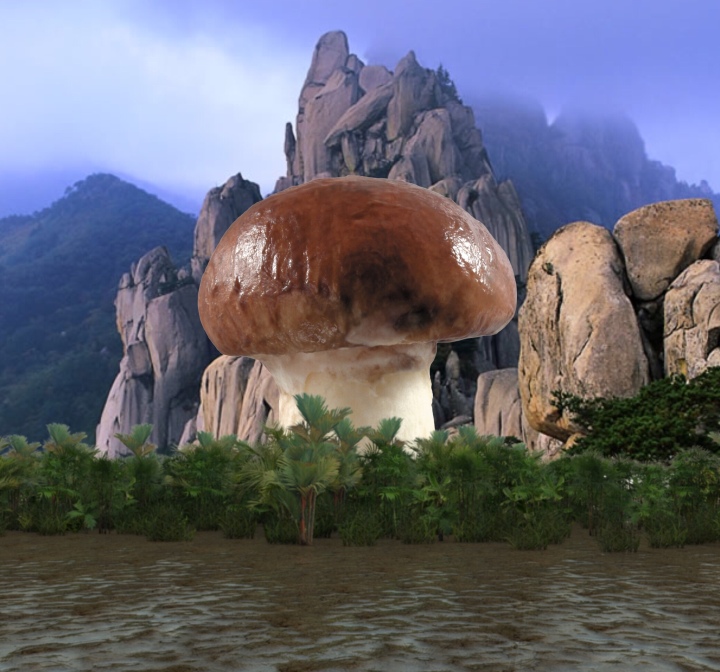 Anyway, in the story, they’re trudging through an alien swamp and the water starts bubbling, wildlife starts fleeing, and this giant mushroom sprouts out of the water and drops spores all over the place.

We hadn’t had any mushrooms so far this year, but tonight, the yard was covered with them. It was nuts. I was out there with my phone’s flashlight and a garbage back plucking them all up in nothing but gym shorts. I’m sure my neighbor across the street who we call “Adam,” because I thought I heard his wife yelling that name at him saw me. He’s always looking out his window. But that’s a good thing, with all the methheads roaming around checking to see if cars are unlocked and stealing change and phone chargers. You better hope I’m not behind my dark tinted windows when you do that, ‘cuz I got somethin’ for ya, if you know what I mean. I don’t fuck with that, broseph. But anyway, I wrote about mushrooms, and mushrooms sprouted up. Kinda like the kid in my story, Further Adventures, who gets ahold of a magic antique journal. The things he write in it come to life. I’m going to go write a story about having ten million dollars now.