When A New Hope was released in theaters, it was simply called Star Wars.

When it was re-released theatrically in 1981, which is when I first saw it, the episode number and title A New Hope was added. No one called it that, though. No one even really understood what that meant. Everyone still called it Star Wars.

Even after the film’s first two sequels were released, people still called it by its original name. I don’t believe that the general public took to calling it A New Hope until the special editions were released in 1997, and then they pretended that they always had from that point forward.

I’ll call it A New Hope if I have to, for the sake of clarity, but in my head, it’s still just Star Wars.

When I watched the film on HBO as a kid throughout the ’80s, I didn’t say “Hey, A New Hope is on tonight.” I said “Hey, Star Wars is on tonight!” 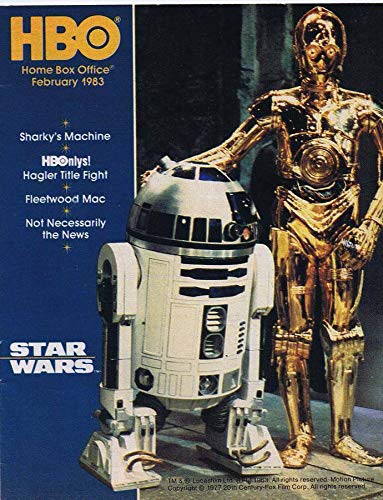 Even though Star Wars was the first step into a larger world, it stands on its own and is the only self-contained film in the series. If there’d never been another Star Wars movie, if it had never spawned a “franchise,” it would still be revered as a cinematic landmark, and that’s why it remains my favorite to this day.

I have a DVD containing the original theatrical cut, and every few years I watch it and divorce it from the context of the other films, because while I do love Empire and Jedi, and am kinda cool with the prequels and sequels, sometimes I like to pretend like nothing else Star Wars exists. Forget ugly bickering. Forget endless books cancelled and now endless books written about the Disney version of Star Wars. Only Star Wars is Star Wars. It’s an independent film. It’s a labor of love. It beat staggering odds just by getting made. It was an unparalleled phenomenon, and it came entirely out of one man’s head. It’s a work of art.

Boy dreams of adventure, sees damsel in distress, joins up with a space cowboy, a wizard, and some goofy robots to rescue her, gets even more adventure than he bargained for when he saves the galaxy from the evil empire. The end. Is the empire done? We assume so. What reason would we have to believe otherwise? Everything wraps up nicely.

Of course, I’m very grateful that the other two films were made, and I enjoy the new ones, which I tend to come into with the same set of expectations I’d give to a Star Wars comic or novel. They’re just “Whatever.” Star Wars is Star Wars.

I do hate that all I have to watch it on is my poor-quality DVD, and that it’s not commercially available anymore. Oh, sure, there’s the mangled CGI-enhanced atrocities masquerading as the original trilogy, but that’s a rant for another day.

I wish I’d saved those VHS tapes. And a VCR.