This is the craziest thing anyone alive has ever been through. I always suspected we were drifting towards dystopia, but I didn’t expect it to happen overnight.

It’s not even dark and gloomy out. There are no swirling black clouds full of lightning. No cyberpunk stuff all over the place. Everything looks the same.

The weather’s actually been lovely. Turns out, then, that The Andromeda Strain got it right.

I’ve always liked that movie, but suddenly I never want to see it again. Or maybe I want to watch it right now. I don’t know.

I just hope the situation doesn’t escalate to Logan’s Run. 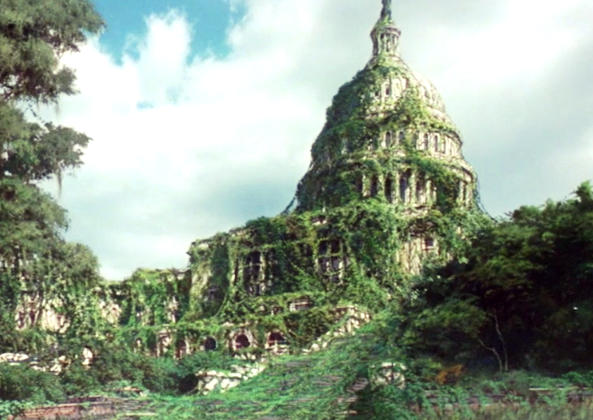 Or maybe I do. Nah, I don’t. I don’t know. Nice weather there, too, though. Maybe it wouldn’t be so bad. Just a handful of people living peacefully in the ruins of Washington, DC when all this is said and done.

Watching people unwittingly attempt suicide by engaging in reckless behaviors such as hugging, shaking hands, being in each other’s faces and touching everything without a care in the world makes me both sad and angry. I don’t want those stupid people to die. They just don’t understand.

Or maybe I do. I’ve had thoughts like that, when I’ve seen people doing outrageously stupid things. I think, Maybe they deserve it. I especially think this when people laugh at my next-level, OCD-fueled precautions. But I don’t really think that. It’s just anger.

Both of my parents have COVID-19. My dad’s still unconscious in the hospital with no improvement. This is week two. My mom is doing well at home aside from nausea and brief, intermittent spikes in temperature. So pardon me if I take it a little more seriously than you do.

I don’t expect sympathy, though. I don’t want people I don’t care about feeling obligated to come up to me and offering condolences. My dad is a hero who has saved many a child from a burning building during his decades in firefighting. He’s not just “some old man who’s going to die.” He’s one of the low percentage rates you console yourself with. “It’s such a small percentage of people who will die! Everything’s ok! It’s not even as bad as the flu!”

Oooooookay. Think what you will, but as I’m taking precautions and you’re not, stay out of my way when I have to be out. I deserve not to catch this. I’ve gone to great lengths to avoid it and you’re out there coughing into your hands and touching the credit card machine at 7-11 Respect my space! Six feet back or SIX FEET DEEP!