In the Star Trek episode Day of the Dove, the crew of the Enterprise is pitted in mortal combat against the crew of a Klingon ship by a mysterious parasitic entity that feeds on hatred.

The entity takes away their phasers and disrupters, providing them instead with swords, ensuring maximum negative energy. It resuscitates the dead so they can get right back up and continue killing, the intention being to keep them all fighting over nothing until the end of time.

Combatants on each side have been indoctrinated with all kinds of horrific propaganda about their respective adversaries and what awful, savage beings they are. They demonized each other.

The only way they were able to defeat this entity and break its spell was to recognize that it was playing them against each other for its own benefit and refuse to cooperate any longer. 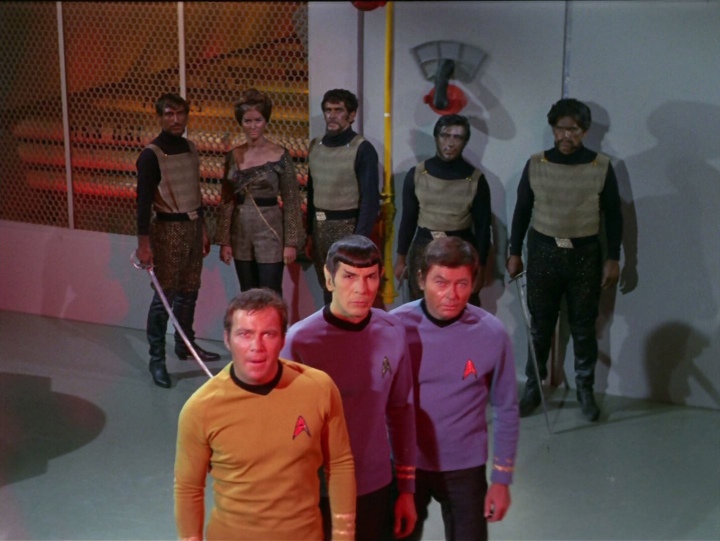 When are we going to do that? Do they people you hate really epitomize the negative traits you’ve projected upon them, or have you unwittingly become the pawn of some malevolent force that profits from your hatred? Ask yourself that the next time you reduce an enemy to a mustache twirling caricature. In time, perhaps you’ll learn they may not be your enemy, after all.