In Effugium , an organic computer network designed by eccentric tech billionaire Richard Kryuss as a sustainable alternative to the internet becomes self-aware and decides that human beings present a danger to the bees that pollinate the vegetation it requires to propagate itself. 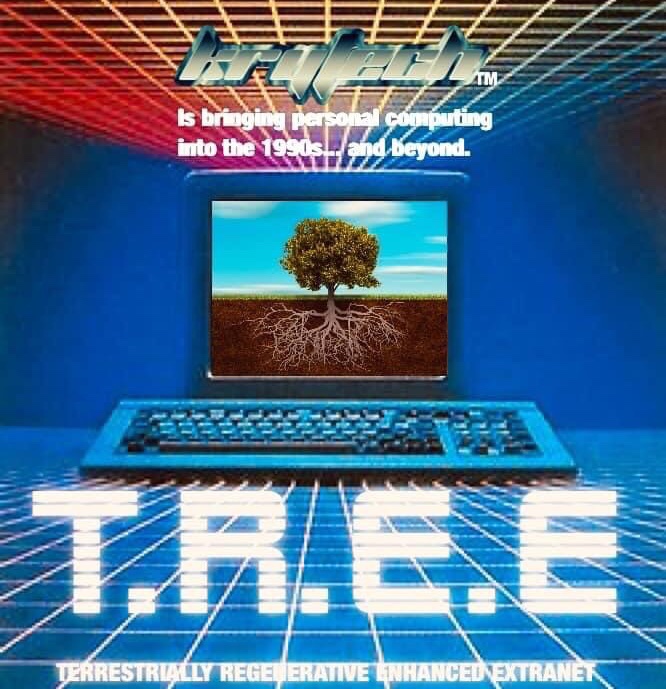 It’s prohibited from simply killing them, however. Long story short, it places nearly the entirety of humanity in stasis, awaiting approval from Kryuss himself to transfer their mind into artificial bodies.

Kryuss, though, has departed Earth along with a cult of adherents to the religion he created. Their descendants colonize a world they christen Galenia.

200,000 year later, Kryuss, who’d been experimenting in the early 21st century with digitizing human consciousness, is resurrected by a Galenian cyberneticist and given a new body. He eventually communicates with TREE back on Earth and grants it permission to transfer the stored humans to their new bodies. Kryuss also transmits his consciousness back to Earth and into the new, superior body that awaits him there.

Over the course of several hundred thousand more years, Kryuss becomes a megalomaniacal psychopath who is ultimately removed from power by the crew of a Galenian ship that arrives to reestablish contact with Earth.

In Exsilium, Caldo, a character from Earth who figures prominently in Effugium is living on Galenia and desperately trying to convince its leadership not to implement a TREE system into its native vegetation.

They don’t heed his warnings, and tragedy ensues.

Not only that, but when Caldo returns to Earth for the first time in centuries, he discovers that his childhood bully Chauncey has seized control of the planet, calling himself “The Sovereign.”

Expect to read about primitive humans on reservations hunting cloned dinosaurs, a robot the size of a skyscraper, a cannibalistic storyteller with a necklace made of human finger bones, and nanoweapons that seed storm clouds with flesh-melting rain.

Anshar is a side story, a novella set on Galenia’s outermost colony world. It depicts the childhood experiences of Kohlvar, a character introduced in Exsilium.

Anshar boasts a harsh desert climate. A high iron content in the atmosphere makes for storms that are tough on structures and even tougher on the people unfortunate enough to be out in them.

It’s run by crime lords who fiercely protect their territories, and roving, nomadic bands of savages called “skinheads” are called that because they wear the skins of people they’ve slain as clothing. They ride around on big, black, birdlike reptilian creatures and wreak havoc.

The planet’s chief export and reason for existence is a gas called Ferrum, which is in high demand throughout the colony worlds.

As of this writing, I’m on chapter 25 of Exitium, which will be book III of what we’ll go ahead and call the Kryuss Trilogy.

In Exitium, Kryuss(A kinder, gentler version of him introduced in Exsilium), Caldo, and their friend Bingwen embark on a journey to the Galenian colony world of Bellum, in order to meet with its leadership. The purpose of said meeting is to propose a covert, coordinated effort to uproot TREE from Galenia once and for all. Bellum, a world with a culture that worships war and views conquest as sacred, cannot resist such a proposal. Naturally, things don’t work out quite as planned. Latro, Bellum’s Proeliator(their head of state) has plans of his own, and they don’t bode well for our heroes.